This review was also for my 5th grade class. I got a 95, I am so happy!
The book The Wizard of Oz by L. Frank Baum takes place in old Kansas and in the magical and mysterious Land of Oz. This classic is illustrated with black and white drawings by Pablo Marcos Studio.

Book Cover Of The Wizard of Oz By L. Frank Baum, illustrated by Pablo Marcos Studio

The main character in the book is Dorothy, a farm girl from Kansas. Dorothy is a very helpful girl because she disintegrated the Wicked Witch of the West and took away all of the munchkins’ fears. Dorothy kept being positive when she was getting carried to the Wicked Witch of the West’s castle and was thinking of how to get out of the castle, not feeling sorry for herself. She was also willing because she was ready to do everything she had to do to get home, and more by helping her friends getting free from the Witch. I am similar to Dorothy because I am also positive and willing. I am positive because in school I am always thinking of a way to get things done fast and good, not to drag them on till the next day. I am willing because when my skating coach, Heather, tells me to do something, I don’t hesitate; I hop right into it!
The major problem in this story is that Dorothy is trying to find a way to get home because a cyclone picked up her house with Dorothy and her dog Toto in it, and carried them to the Land of Oz; a faraway land where they had no idea where they were. To solve her problem Dorothy attempts to go to a place called Emerald City and have the great and powerful Wizard of Oz help her and Toto get back to Kansas. To me it is easy to sympathize with Dorothy because she is in a strange, faraway land and has no idea how to get home.

I can make three connections to this book. The first connection is that I watched the movie.

Inside of the book The Wizard of Oz By L. Frank Baum

The second is, my friend and I play a similar game as this story. The game is about two twins who are lost in a magical world. The third is that my aunt is from Kansas and is obsessed with The Wizard of Oz. When I walk into her dining room all I see is tons of figures, books, dolls, plates, a rug and a license plate from The Wizard of Oz.

I liked the author’s style because he described everything very nicely; like for example when he described Dorothy he didn’t just say “She had red hair.” He said “Dorothy had beautiful red curly hair that shone in the sunlight.” One reason that I didn’t like the author’s style is that he made the chapters really short and I felt that he split one idea into two chapters instead of putting it into one long, detailed chapter. I think this book was a successful example of its genre because it is a greatly loved book by almost everyone and that is why it became a classic. I would rate this book a seven because it is not the best book I have ever read, even though it was a fun book to read. I wasn’t excited reading this book because I heard so much about it from family members and friends, and they told me the ending. In the end I figured out that I don’t like reading books that I already know the ending of. 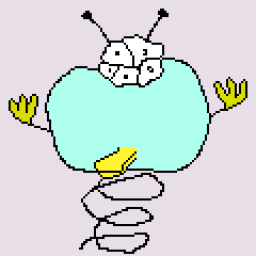